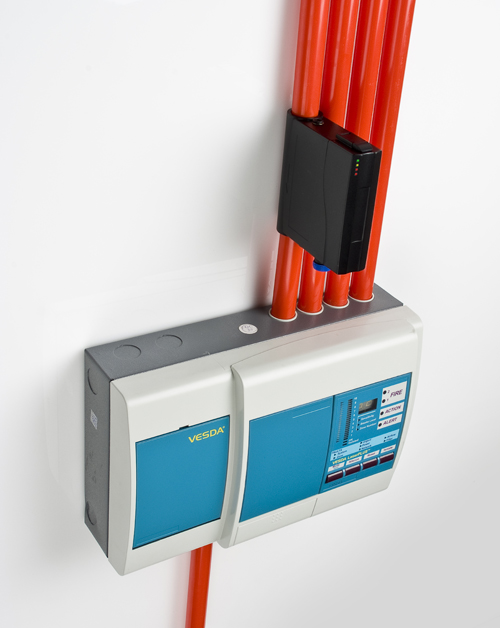 Data Center Fire Suppression Introduction – Welcome to the exciting world of data center fire suppression!  Okay, it may not be the most exciting topic around, but if you think about it, it’s a very important one – and one that most of us take for granted.

Data center and colocation facilities provide protection from fire at a level most organizations would find difficult to achieve at an in-house data center.  Due to standards such as NFPA (National Fire Protection Association), PCI-DSS, Sarbanes-Oxley, and HIPAA, many organizations find it difficult to adhere to the guidelines provided by the standards for their business type.

Downtime can cost an organization thousands of dollars and interrupt data transfer and employee productivity when it comes to critical business activities and operation.  Continuity of operations is a key factor in choosing a data center – especially when it comes to protection from fire.

Data centers and colocation facilities must follow strict rules when it comes to fire suppression systems.  Documentation provided by data centers will include the types of fire protection systems in use, how the systems operate and are maintained, how the systems interact with each other, and DRP (disaster recovery plan) contingencies for emergency contact and Business Continuity.

Fires are classified into five classes by the National Fire Protection Association based upon the fuel type for the fire:

Generally data centers and colocation facilities use fire suppression systems rated for classes A, B, and C as Classes D and K aren’t likely to occur.

Data centers provide a combination of smoke and heat detection systems to quickly assess a situation to determine if there is a potential fire hazard.  In many data centers, early smoke detection is performed by VESDA (Very Early Smoke Detection Apparatus) which works by pulling in air via an array of pipes suspended from the ceiling in fire susceptible areas connected into a highly sensitive smoke detector. The detector uses laser light from the collected air and checks for smoke in the airflow by detecting the light scatter by microscopic smoke particles. The detector sends a signal to a control system that typically sets off an audible alarm and sends an alert to monitoring staff for manual investigation.

Typically data centers have a secondary system that takes more extreme action which may include shutting down equipment in the room or triggering the release of fire suppressant.

There are pre-action sprinkler systems for data centers that use smoke and heat detection to lower the risk of accidental release.  For false alarms, there are usually emergency switches manually operated to delay release of a fire suppressant agent.

A common fire suppressant system used in data centers utilize a gas suppressant.  These systems deny the fire oxygen, giving the fire little to consume or accelerate. A very common gas suppressant is Halon although it has been banned as it is very harmful to the ozone layer. A popular Halon alternative is FM-200. If discharged, FM-200, a halocarbon, is not harmful to the ozone layer but IS a green-house gas.  If you’re looking for green colocation, there are alternatives as explained below.  Without any residue there is no damage to servers and therefore no downtime.  Another plus-point is there is no harm to people!

Inergen is a mixture of gases, generally nitrogen, argon, and carbon dioxide, and is a clean agent.  It is non-toxic, leaves no residue, doesn’t hurt the environment and is safe for humans.

Argonite is another clean agent and like Inergen, doesn’t leave a residue.  It is an inert gas that is a blend of argon and nitrogen.  It has very little fog output and therefore makes it easier to see escape routes during a discharge following a fire.

Another residue-free fire suppressor is Aerosol.  They have little to no impact on the environment and are lower cost due to the fact gas systems require piping networks to deliver the suppressant.  Like gas systems, they produce no residue and the ventilation system in the data center cleans the air.  Like gas suppressants, aerosols will not harm people.

A new system developed recently does use water, but in a much more efficient way.  Fine Mist, or Nano Mist, or Hi-Fog  use very fine mists of water not only to suppress the fire but cool the air around the fire.  Fine mist systems use less than 10% of traditional water sprinkler systems.

Fire in a data center would cause not only equipment failure and severe data loss, but also collateral damage due to a damaged reputation and increased insurance costs for an organization.  It’s good to be knowledgeable about data center and colocation facility fire systems so that you can sleep better at night knowing your data is safe from fire.